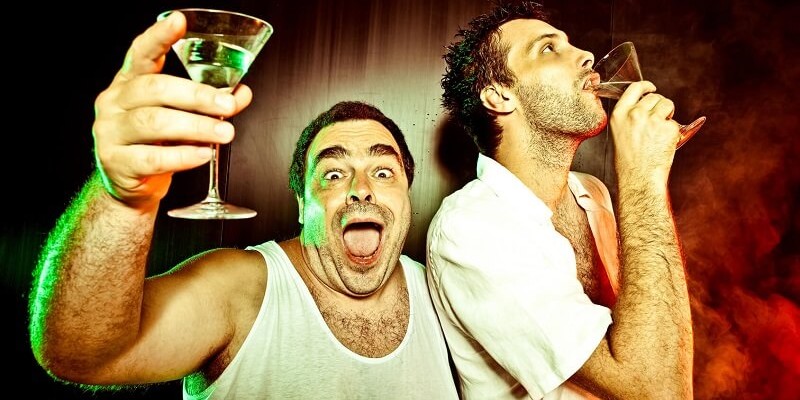 You worked hard to get where you are, and chances are, you want to go higher. If you want to be a rising star in your organization rather than falling into the unemployment line, avoid the following six scenarios and follow the tips to help maintain a glowing professional reputation.

Whether you think it’s fair or not that your colleagues check up on your social media accounts is irrelevant because they do and you can’t make it stop. (In fact, recent data shows that 93 percent of hiring managers will review your social media accounts before hiring you. So if you routinely post content that can be perceived as offensive in nature, that’s how you’ll be perceived, even if you were joking.

Also, watch the photos: You may think your little black dress looked great, and it may have, but too much leg and cleavage can leave the wrong impression. And men: Avoid shirtless and excessive drinking photos. Sharing too much personal information – and yes, that includes your personal and political opinions – is risky territory.

College is behind you. You had four glorious (okay, maybe even five or six) years to go out every night, but it’s time to move on. That means no challenging colleagues to a keg stand at the company picnic. Also, watch your language; “dude” doesn’t work well in a professional social setting, and neither does slang the over-40 crowd doesn’t understand or foul language that can seriously damage your reputation.

Showing up bleary-eyed and stumbling for the coffee pot isn’t a good look. Reserve howling at the moon for weekends and vacations. As you are reputation building, get to work on time and act like a grown up who is there to earn a paycheck.

There’s probably someone in your organization who is running behind for everything. Ideally, it’s not you. People who are chronically late give the impression that they don’t value others’ time, and our time is very precious. When you slip into a meeting that’s already underway, you aren’t undetected. Moreover, you’re a distraction to other meeting participants who are trying to participate while you get settled.

The same is true for every aspect of your work. We’ve all gotten behind a wreck on the freeway; those things are unavoidable and understandable. But absent of a major mishap, get to work on time and be present when you arrive. And when reports that are your responsibility are due, turn them in a timely manner. No one should have to call you and ask you for the work you’re expected to deliver.

Whatever you do, don’t overstate your abilities, how quickly you can get things done, or the results you can deliver. Not only are you sure to disappoint, but you’ll come across as an egomaniac who toots his own horn too loudly – a trait your supervisors and colleagues won’t soon forget. Blowhards are made fun of when their backs are turned, so don’t become one. Follow the premise of “under promise and over deliver.” Be humble, and produce more than what is expected. That will go a long way in your reputation building.

When you’re asked to complete a task or provide an answer, do it. And then let the requestor(s) know that you have. It’s frustrating for bosses to have to remind you that they need information from you, and if they have to ask you more than once, you’re not doing your job. Very likely you followed up in some manner after your job interview, whether it was a handwritten thank you note or an email reiterating your interest. Landing the job didn’t mean the end of following up; you need to keep at it the rest of your career. Another example is poor follow up in a sales role. You might have to make multiple points of contact before landing the contract so make sure you follow up regularly in a non-annoying, effective way.

Own Up to Error

Let’s say you do screw up (and you will at some point, very likely more than once). Own it. No one wants to hear a mouthful of lame excuses, particularly when time and money is at stake. Pointing fingers won’t get you anywhere and it certainly won’t make you friends. When you’ve messed up, simply say what you did wrong, apologize and line out your corrective action plan for fixing the mistake and avoiding such blunders in the future. If you’re unsure about your accuracy, ask a coworker to double check you. It’s always best to ask for help rather than forgiveness.

Let’s face it: Competition is fierce in today’s workforce and, frankly, it doesn’t take much to fall out of favor. Keep a dignified demeanor and practice sensible behavior and you’ll have a leg up on many of today’s young professionals.

Brian Barquilla is the chief strategist with www.buildmyreputation.net. He and his team help clients cultivate a strong online footprint that brings in warm leads and other business opportunities.

When Passion and Reputation Meet
August 8, 2017

How Does Your Reputation Matter to Recruiters?
July 26, 2017

Think you know your customer? Think again
May 31, 2017
Recent Posts
Go to Top